Get Secure, Reliable IT Solutions


Lessons from Data Breaches: Valuing Computer IT Services in Edina and More

Data breaches that affect millions to even billions of people have seemingly become commonplace these days. Among the biggest data breaches involved Yahoo in 2013 and 2014, which affected 3 billion user accounts and their personal information. This cost Yahoo $350 million in the form of its drop in value. As you can see, this is how damaging a data breach can be and it can still impact you even if you’re running a small business. Before it’s too late, you might want to learn from these incidents by investing in computer IT services in Edina to look after your cybersecurity.

There are plenty of lessons to learn from the biggest data breaches in history. Knowing what these breaches are and what you should get out of each incident should help you decide which managed IT solutions to get. 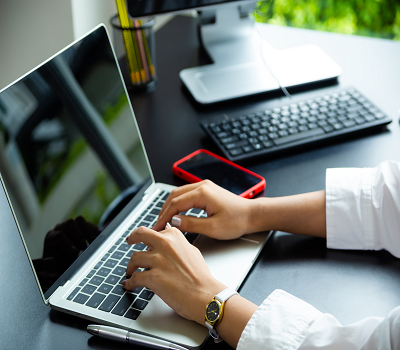 The lesson that you should learn here is not to downplay just how dangerous data breaches can be. Yahoo first reported that the compromised passwords were “hashed,” as they were in bycrypt. The issue here was that they did not even explain what these terms were and how Yahoo users can protect their passwords better. You can prevent this by educating your employees and encouraging your users to follow a multifactor authentication policy. On your part, you can employ IT professional services to secure your network better.

They also released information about the breaches slowly, making them look as though they are concealing something from the public. Amid the chaos and confusion of a data breach, it is important to be upfront and transparent to avoid fueling the people’s growing distrust in you. If this happens to you, talk to your managed IT solutions provider about how to communicate the incident to the public, especially your users, and what you can do to prevent it from happening again.

Marriot International’s breach affected 500 million customers. It actually started in 2014 and stayed in its system until 2016, but it was only detected in 2018. Customer names, contact details, travel details, and passport numbers were stolen. The lesson here is to hire data breach consultants to help find the hackers and determine where the company’s vulnerabilities were. The customers should know that you are trying to minimize the damage of your mistake by using computer IT services in Edina to boost your network security and ward off cybercriminals.

Equifax suffered from a data breach in July 2017, compromising the personal details of 143 million customers and the credit card data of 209,000 consumers. Former CEO Richard Smith said that the breach was caused by the mistake of a single employee. The credit bureau giant also admitted that they appointed a music major to be their Chief of Security.

One of the key lessons you should learn from Equifax’s experience is to hire the right people. When considering IT professional services, do your research and read reviews to determine the reputation and capabilities of your future IT provider. Hire the most skilled IT specialists if you want to make the most out of the computer IT services in Edina that you’ll be paying for.

In May 2014, eBay reported that they had been breached by hackers, who compromised 145 million users and their names, birthdates, addresses, and encrypted passwords. The breach lasted for 200 days, giving the hackers plenty of time to get to the company’s user database. They assured their consumers, however, that financial information was intact and secure. Hackers breached eBay’s network using three of its employees’ credentials.

You should learn to control employee access better and monitor their activities, something that you can get as one of your managed IT solutions. Establish multifactor authentication, especially for sensitive data. Be more selective in granting access to confidential data.

In December 2013, Coca-Cola discovered that company laptops were stolen by a former employee who was responsible for disposing or maintaining the equipment. Although the company managed to collect the laptops, they found that personal data were misused, exposing the personal information of over 74,000 existing and former employees.

The data breach in Coca-Cola would have been prevented if a proper information security policy was in place. You can have this also if you work with IT professional services providers. The policy should establish the handling, disposal, and deletion of sensitive data. This is something that you can discuss with your provider of computer IT services in Edina.

How Network Medics Can Assist You

Network Medics offers managed IT solutions, including network security, protection from malware and antivirus, onsite and remote support, help desk, backup and disaster recovery, IT asset monitoring, and more. If you don’t want to suffer like the companies above did due to data breaches, level up your cybersecurity by investing in computer IT services in Edina. Talk to our IT specialists today. Call us at 612.315.1900 for a free assessment!

Looking for Managed IT Services ?

What Makes Us Unique
Looking for Managed Services?

Thank you for reaching out to us. One of our experienced team members will reach out to you shortly. If you need to speak with someone immediately.